Australia’s Lost Fighter
The CA-15 and its Demise 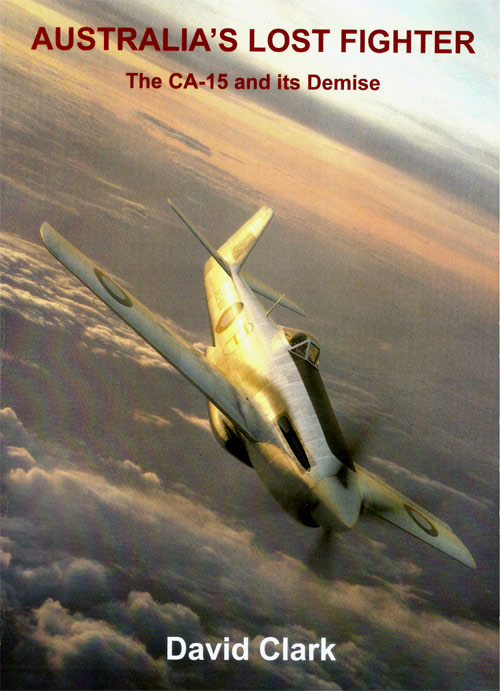 The CA-15 and its Demise

I’d been looking forward to this particular book from the time the cover art designer, Ronnie Olsthoorn, advised me almost eight months ago, that it was in production. The CA-15 had the promise, like the Martin Baker MB5 of being one of the best (and fastest) piston engined aircraft ever flown. Sadly, neither went into production (along with several other promising designs) so we’ll never know. It’s a double blow as this was a superb, all Australian concept.

David Clark’s new book, published by Red Roo Models, is A4 sized with stiff card cover. Its 128 pages are basically in two parts. The first covers the ‘story’ of the fighter whilst the second part contains the copies of the official correspondence covering the life and ultimate demise of this promising indigenous fighter. That alone is interesting, although often dry for its bureaucratic presentation and writing style.

Now, most of the data is not new to those of us familiar with the aircraft. But, information on the CA-15 has not been seen in print since the Stewart Wilson book by Aerospace Publications in Canberra back in the early 1990s. There are some new pictures which I’d not seen previously, but there’s not much new here except for the fact that the CA-15 has finally warranted a book for itself!

Supporting the text are 52 b&w photos, four pages of colour artwork by Graeme Molineux (of Grubby Fingers fame), four pages of scale drawings by Langdon Halls and several b&w concept drawings. Is it worthwhile? Yes, it certainly is. For the ‘new boy’ it is an inexpensive and very good coverage of the history of a promising RAAF fighter.

My thanks to Red Roo Models and ModelArt Australia for the review copy.

Back to Aviation Books from CA-15 Review