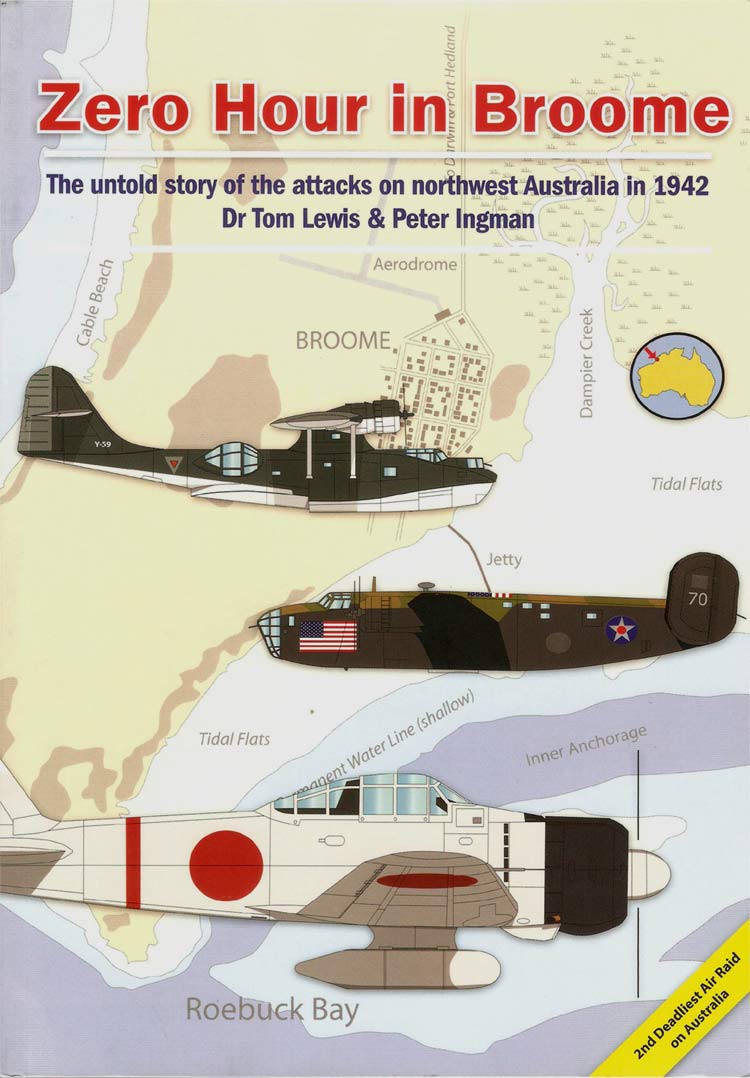 I’d read the 1985 ‘WA’s Pearl Harbour’, by Mervyn Prime, some time ago and found the information quite extraordinary. A Japanese attack on mainland Australia in March 1942 that proved devastating and remains one of the most effective fighter strikes of all time given the number of attackers, the distance flown and results obtained. This new publication by Avonmore Books of South Australia is an update on that earlier history and it is a little beauty!

Authors, Dr Tom Bell and Peter Ingman have done a really nice job in presenting this story, splendidly illustrated, to report in detail the Japanese air attack on Broome on 3 March 1942. Extensively researched and easily readable, it combines several different tales into one, covering the actual attack, the preliminaries and the aftermath, dispelling some long standing myths in the process. Other remote outposts are also mentioned as potential targets and the reasons why they weren’t attacked are also explained succinctly.

It’s another tale of almost indifference by some highly placed members of the Australian defence forces of the time and the inter-service ‘rivalry’ and lack of co-ordination of facilities/resources that we don’t wish to learn about concerning our leaders in such troubled times - especially when they have had previous wartime experience and hadn’t seemed to learn much from it. Despite that, there are heroes. And their actions more than make up for the complacency within some of the upper echelons.

It’s a fascinating tale and one I can easily recommend. In B5 size, with a stiff card colour cover, its 184 pages contains 4 colour illustrations, 36 aircraft and ship colour profiles, 10 colour photos, 42 b&w photos, and 6 maps. The bibliography is extensive and chapter end notes make for interesting reading in their own right. Available from Hyland’s Bookshop in Melbourne (03 9654 7448) and Platypus Publications in NSW for about $45. My thanks to author Peter Ingman and Hyland’s Bookshop for the review copy.

Back to Aviation Books from Zero Hour in Broome