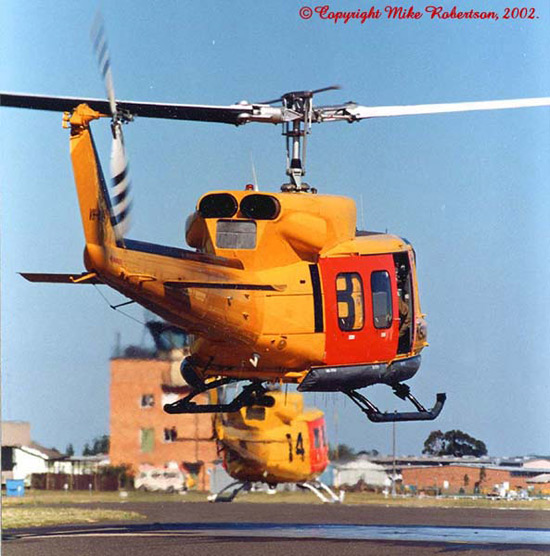 Back in the 1980s Australia boasted a world class Sea Air Rescue and safety organisation in the National Safety Council of Australia. With a large fleet of fixed and rotary wing aircraft, boats, trucks and even a ship, the NSCA was very prominently in the public eye. VH-NSY was one of the fleet of big Bell Twin Hueys they used.

These decals are designed for the Panda/Dragon kit. The kit itself is quite well detailed and builds into a reasonable representation of a 212 / UH-1N straight out of the box. However, to accurately portray VH-NSY, you may choose to make a few additions and amendments. These changes include:
• Adding boxes under the nose and tail boom
• Removing the tail cone and adding the substructure
• Altering the cabin windows and adding a strake to the doors
• Adding boxes, wooden floor panelling and a winch to the interior
• Moving the tail rotor to the port side
• Adding flotation gear (optional)

These are the main visual changes. I have seen pics of this bird with and without the floatation gear, so you have some choice there. I will put a build article covering some of these modifications I made to build VH-NSA in the modelling section of the site. There are, of course, any number of other improvements you can make to the model.

These decal sheets are all available through my webshop.